Dr.Rajiv Khosla’s Dental Centre was inaugurated in 1984, in the posh Lokhandwala Complex area in the Western suburbs of Mumbai (Bombay). It is located in the heart of the Complex with ample parking space. 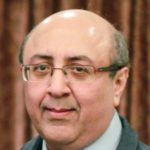 Dr. Rajiv Khosla graduated from the Govt. Dental College and Hospital, Bombay, in 1981. After completing his clinical assistancy post at the same hospital, he went to Muscat, Sultanate of Oman in the Persian Gulf. After passing the OMAN Ministry of Health exam at the Khoula Hosp.,he ran the Al-Nagashi Dental Clinic in Muscat for a year, before returning to Bombay.

OTHER PROFESSIONAL ACTIVITIES:
(1) As ORGANIZING SECRETARY, conducted the biggest Maharashtra State Dental Conference with 800 registered delegates at the Retreat-Resort five-star Hotels in Bombay in Dec 1993.
(2) CURRENT PRESIDENT & FOUNDER MEMBER of The Indian Academy of Aesthetic & Cosmetic Dentistry – the first Academy in this Speciality, established at Goa,India in August 1991.
(3) Conducted various School Dental Check-Up campaigns in Bombay, to spread the awareness of dentistry.
(4) Attended various Dental Conferences – Regional, national & international.
(5) First dentist in India to put up a website and presented a number of papers at conferences.
(6) As ORGANIZING SECRETARY, conducted the biggest 14th National Conference of the Indian Academy of Aesthetic & Cosmetic Dentistry at the B. M. Birla Conference Centre in Jaipur, Rajasthan, India in October 2007.
(7) Completed requirements to obtain Diplomateship of the ICOI (International Congress of Oral Implantologists)
(8) Regular contributor of articles to FAMDENT dental magazine
(9) On the teaching Faculty of ENCODE (Enhanced Continuing Dental Education)

OTHER INVOLVEMENTS:
– Charter Secretary of The Lions Club of BBombay (Lokhandwala Complex) – Dist 323-A3 foll by one-year posts of 3rd, 2nd and 1st VP.
– San-Kyu (Brown belt) at the SEIBUKAN Karrate-do Federation of India, under Sensei Pervez Mistry, in the Go-ju-ru style of Karate.

She received the GOLD MEDAL in 1978, for breaking the 10 year record of the University of Bombay ,for the highest marks in all 3 subjects in I BDS as well as the grand total.She finished her BDS in 1981 from the Govt. Dental College, Bombay did a one-year posting as Cader Dental Surgeon at the Government Dental College and Hospital, Fort, Mumbai in the Dept. of Conservative Dentistry and has been with our Centre as a DIRECTOR, doing general-dentistry since it’s inauguration. 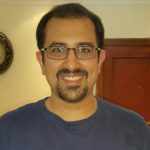 She has been doing most of the oral and maxillofacial surgical work at our Centre since 1987.

ACADEMIC CAREER / AWARDS
– Ranked first in the University during the final M.D.S. examination, both, in theory and practical sections.
– Amongst the top 10 students in the University throughout the B.D.S. studies.
– 1990-till date: Owner of “Tara Neo-Surg Hospital”, M.G. Road, Ghatkopar East, Mumbai.
– Awarded Ist Prize for presenting Researcch paper on “Surgical Management of Zygomatico-Maxillary Complex Deformities”, December 1986.
– Participated in almost all the annual coonventions of the Association of Oral and Maxillofacial Surgeons of India, and several workshops and seminars since 1986. 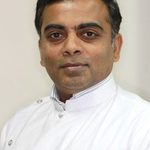 He has been treating all the orthodontic cases at our Centre since 1998.He is also a Diplomate of the Indian Board of Orthodontics.

Graduated from Terna Dental College in Nerul, Navi Mumbai and and after finishing her one year internship at the same Institution, joined Dr.Khosla’s Dental Centre as Associate, doing general dentistry. She is the holder of a PG Certificate in Aesthetic Dentistry from the State University of New York at Buffalo, USA.

Prevention:And early detection are the key to avoid costly and painful dental treatment. Prevention begins with the control of plaque and calculus, the main cause of decay and gum disease. Please see our sections on Dental Decay , Brushing , Flossing and Toothpastes

A remarkable procedure, implants can replace any or all of your teeth. The implant becomes integrated with the bone and acts like a “bolt” which will ultimately support a new tooth. The advantages of implants for patients with dentures are: denture stability, increased patient comfort and confidence.

Your Smile: The goal of cosmetic dentistry is to turn an average smile into a terrific one. We can create a beautiful smile by solving each specific problem one after the other. So even if you weren’t born with a beautiful smile, you can still have one. Through advances in modern dental materials and techniques; the shape, color, and alignment of your teeth can be improved to give you the smile you’ve always wanted.

Did you know that cosmetic bleaching is a safe effective way to lighten stained or discolored teeth? We use a strong but harmless chemical to bleach your teeth and it can be used in the comfort of your own home.

We offer extensive dental procedures for everyone