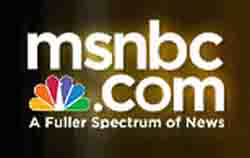 WASHINGTON – The death of a Prince George’s County boy this week from an infection that started with an abscessed tooth has spurred lawmakers to demand better dental care for poor children and has prompted a deluge of calls to local dentists for advice and appointments.

Deamonte Driver, a 12-year-old homeless child, died Sunday in a District hospital after an infection from a molar spread to his brain.

At the time he fell ill, his family’s Medicaid coverage had lapsed. Even on the state plan, his mother said, the children lacked regular dental care and she had great difficulty finding a dentist.

“It is outrageous today that in America, a young boy can die because his family can’t find a dentist to remove an infected tooth,” Cardin said on the Senate floor Thursday. “Anytime we lose a child, it is a tragedy. But Deamonte Driver’s death is particularly devastating because it was easily preventable.”

In Annapolis, Maryland lawmakers said yesterday that the case has added urgency to a measure that would set aside $2 million a year for the next three years to expand public clinics in areas where dental care remains a rarity for the poor.

“That boy would not have died if this legislation had been in place,” said Del. Nathaniel T. Oaks (D-Baltimore), pledging to lobby Gov. Martin O’Malley (D) for the funds. O’Malley spokesman Sasha Leonhardt said the governor and Health Secretary John M. Colmers “are considering all options to improve dental health.”

Lawmakers said prospects for the bill, which would give grants to health centers providing dental care to the poor, have been complicated by the state’s fiscal outlook. But Sen. Thomas Middleton (D-Calvert County) said Deamonte’s death “underscores how important this program is. . . . A lot of the problem is access.”

In Washington, Bingaman and Cardin’s bill, the Children’s Dental Health Improvement Act of 2007, would authorize $40 million to help community health centers and health departments hire dental health professionals to serve poor children. It would provide grants and incentives to allow states to improve their Medicaid payment rates to dentists.

‘We must learn from this failure’
Cardin said in his Senate speech that he had extended his condolences to the Driver family but added: “It is not enough simply to mourn Deamonte’s death. We must learn from this failure of our health-care system and take action to make sure it never happens again. Congress must act to make sure every child in America has access to quality dental care.”

Nearly all states, including Maryland and Virginia, and the District provide dental services through Medicaid’s State Children’s Health Insurance Program, yet coverage varies by state. The program is up for congressional reauthorization this year.

Deamonte’s death, recounted in The Washington Post on Wednesday, has prompted a dialogue about the need for dental care. The story was distributed to federal Office of Head Start dental specialists and contractors who oversee screenings for more than 900,000 needy preschoolers nationwide. Locally, dentists say they have been flooded with calls for advice and checkups.

“We need to seize the moment,” said Temple Hills dentist Fredrick Clark, who has been involved in efforts to expand access in Maryland. “That story is the talk of the town.”

It has brought calls for more parental responsibility, with some questioning whether Alyce Driver did enough to get her children to a dentist.

Alyce Driver did not know Deamonte had an abscessed tooth when she took him to the hospital for a headache in January. The infection from the tooth spread to his brain, requiring two operations at Children’s Hospital and weeks of rehabilitation in another hospital.

But her younger son, DaShawn, 10, had a swollen cheek and complained often about his teeth. She said it took weeks to find a dentist who would accept Medicaid. Only about 900 of Maryland’s 5,500 dentists accept Medicaid. Low reimbursement rates, bureaucratic hurdles and the frustrations of working with indigent families are cited as reasons for low participation.

Fewer than one-third of children in Maryland’s Medicaid program received any dental services in 2005, the latest year for which figures are available from the federal Centers for Medicare and Medicaid Services. The figures were even lower in Virginia and the District.

When DaShawn finally got to an oral surgeon in November, he was diagnosed with six abscessed teeth. An appointment to remove them in January was canceled after the family’s Medicaid lapsed, apparently because paperwork was sent to the wrong address.

Since the Driver family’s Medicaid was reinstated, DaShawn has had two of his bad teeth extracted. His mother remains concerned about the progress of his care.