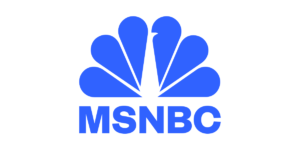 Dentistry for a new millennium

Time to visit the dentist? Not to worry. Just a few months ago, you had your teeth painted against decay with antibodies derived from genetically altered plants. You’ve had your periodontal pill and shot — but even if you have a cavity, a few seconds under the laser won’t kill you. And the tooth-colored filling won’t mar your brilliant, bleached smile.

SURE IS HARD to understand why Grandma got so anxious about these things.Some of these techniques are dental science fiction, of course, but a surprising number are dental science fact — or about to become so. Welcome to dentistry in the new millennium: more gadgetry, less grief.

The dental chair probably will look much the same, but high-speed vacuums will replace the little cuspidor — the spit-bowl by the armrest, already vanishing from offices around the country. Microscopes on swing-away arms will allow intricate precision work.

You’ll definitely spend less time in the chair. An appointment for one or two fillings might take half the time it does now, said Portland, Ore., dentist Debra Currey.

And instead of a sharp, metal-tipped explorer jabbing and scraping its way across your teeth as it looks for decay, a low-energy laser will do the trick. The small device — to be evaluated in a yearlong clinical study at the School of Dentistry at Oregon Health Sciences University — shines light over the teeth. Decayed and healthy teeth react to the stimulation with different levels of fluorescence, allowing dentists to get early indications of decay. All you’ll experience are a few beeps.

If you need an X-ray, the picture will be taken digitally rather than on film that requires processing. The advantage of “visography,” said Dr. Jack Ferracane, associate dean for academic affairs at OHSU School of Dentistry, is that images can be stored indefinitely on a computer. Your dentist will be able to calculate the toll that decay is taking on bone minerals over time, see whether bone is receding, and check on your tooth implants. Dental X-rays already are low radiation, the equivalent of walking in the sun for five minutes, said Oak Grove, Ore., dentist Larry Heppler. Visography emits about one-tenth of those already low levels.

You won’t be able to hide your lack of flossing. An intraoral dental camera will display your highly magnified and well-lighted molars on a monitor that your dentist will use to diagnose and to point out problem areas to you.

GOOD-BYE TO THE DREADED DRILL

Except for removing old silver fillings or working on large areas of decay, your dentist won’t need that bulky, noisy drill. Instead — and already in use in 5 percent to 10 percent of offices nationwide — your dentist will use a hand-held instrument about the size of a pen, looped at the end, that sprays out tiny 50-micron aluminum silicate or oxide particles in a powerful stream of air. The air abrasion results in less heat and vibration, reducing or even eliminating the need for anesthesia.

Anesthesia, however, will still be available, and you’ll have your choice of delivery methods. Some offices already use high bursts of air pressure to deliver painkillers, or electrical conduction to mask nerve endings. The advantage of electrical conduction, said Dr. Jack Clinton, associate dean for clinical affairs at OHSU School of Dentistry, is that it doesn’t make you numb. However, some pain sensation may still get through.

For some procedures, a small patch could deliver a new breed of anesthetics through the skin. Another technique, called “the wand,” uses a tiny needle, but a computerized gauge ensures that the anesthesia is delivered with low and constant pressure. The pain of an anesthesia shot, said Dr. Sharon Turner, dean of the OHSU School of Dentistry, isn’t just the needle piercing the gum. A too-rapid injection of material pushes apart the tissue, which feels uncomfortable. With less pressure, she said, “many patients will say they didn’t even feel it.”

Those old mercury-silver fillings are passe. Ceramic tooth-colored fillings are aesthetically pleasing but present problems by being ultra-hard, fracture-prone and vulnerable to temperature changes.

New materials — some available, some in development — go far to solve the problem of the microscopic expansion or contraction of fillings with every hot or cold item eaten. Fillings react to temperature change differently from teeth, creating fissures and allowing decay to fester.

If you can stick a little tiny explorer tip in there in the dentist’s office, that’s a 10-lane freeway for bacteria,” Turner said. The tooth-colored materials becoming available can be set with an argon curing laser, which activates chemical bonds and allows you to chew with a filling right away.
New materials are hot right now, said Dr. John Sorensen, director of OHSU’s Dental Clinical Research Center, especially high-strength ceramics that can be designed and shaped right in the office by sophisticated computers called CAD CAMs — reducing the number of appointments for fillings and eliminating the need to make impressions of the teeth. Researchers are working with zirconia, a relative of the material used in faux diamond jewelry, which can be processed by computer and can approach 90 percent of the strength of metal.

While advances in these ceramics will benefit you, future generations will learn about fillings only in textbooks. Fluoride already has shifted the focus of dental research away from disease of the hard tissue — caries, or tooth decay — to diseases of the gums, or periodontal disease.

Keith Wycoff, research director at California-based Planet Biotechnology Inc., is among those working to banish cavities to history. His company produces CaroRx, a passive vaccine derived from genetically altered plants, which is in clinical trials at the University of California at San Francisco. When painted on cleaned teeth, the plant antibodies prevent harmful streptococcus mutants bacteria from adhering to tooth surfaces. Within five or six years, Wycoff said, the treatment should be in the hands of dentists and available to the public.

With all these advances, dental visits of the future may be precipitated less by immediate medical need than by social desire.

“The equipment is similar to a Breathalyzer,” Currey said of a halitosis evaluation machine in her office. It measures volatile sulfur compounds produced by bacteria, allowing a quantitative index of bad breath. Products containing the disinfectant chlorine dioxide can reduce the bacteria, Currey said.

Supermarket alcohol-based rinses actually contribute to the problem, because the odiferous organisms use alcohol as a food source. As soon as their potent tastes wear off, the rinses don’t offer much protection.

Probably the largest focus of study is periodontal disease. Researchers increasingly find reasons for it to hold their attention.

For instance, he said, the probability of having cardiovascular disease or a heart attack or stroke is about double if you have periodontal disease. Women with periodontal disease are more likely to give birth to low-weight babies. The exact reasons for these connections aren’t yet fully understood. Periodontal bacteria turn up in the arteriosclerotic plaques of people who have arteriosclerosis, indicating that oral bacteria spread throughout the body via the bloodstream.

Some pills, like Periostat, are available that inhibit the enzymes that destroy connective tissue. Anti-inflammatory drugs in oral rinses and toothpastes also may help. An injectable vaccine has proved effective — but so far only in monkeys. Page, who has been working for 12 years on bridging the simian gap, calls the development of human vaccines “a long, slow, expensive process.”

Until that time, regenerative periodontics can attempt to restore bone and gum. Using grafts and filters placed between the gum and the tooth and bone, specialists can stimulate new tissue in many cases. Lasers increasingly replace scalpels in these kind of soft tissue procedures.

“The high energy seals off the blood vessels, so you get minimal or even no bleeding, and the healing is wonderful,” said Clinton of OHSU. Rapid healing means less pain.

Ruth Bennett is a staff writer with The Oregonian of Portland, Ore.