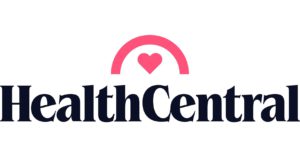 NEW YORK (Reuters Health) – Good news, hockey players: In the near future, it will be possible to replace lost teeth using gene-based tooth regeneration techniques. It may sound like something out of “Star Trek,” but soon missing teeth will be regrown, either in the mouth or in the lab, according to dental researcher Dr. Mary MacDougall of the University of Texas Health Science Center in San Antonio.

When it arrives, tooth regeneration may replace dentures and dental implants as the best way to replace lost teeth.

MacDougall and fellow researchers are working on using animal models and human genetics to understand the processes by which teeth are formed, with the long-term goal of creating human teeth in the lab, and eventually, to enable patients to regenerate their own teeth following tooth loss using their own tissues, which possess a “memory” of how teeth developed, she said.

Studies are being done to understand why some genes only express themselves during development, and not afterward. If such genes can be “turned on” later, after tooth loss, that could trigger the growth of new teeth.

“We are studying the highly specialized dental cell types which compose a tooth, and produce the various tissues–dentin, enamel and cementum,” MacDougall said Thursday at a press briefing in New York City sponsored by the American Dental Association.

Her team is examining how teeth are formed, how teeth may become misshapen during development, and how the various structural elements form in order to determine how human teeth may be regenerated. The group is conducting human genetic studies of large families that possess certain dental traits, to identify what genes are involved in normal and abnormal tooth development.

“Using large families, we have found a number of new genes in a region located on chromosome 4 that impact normal tooth development,” said MacDougall, who is also a professor of pediatric dentistry.

Researchers are also genetically engineering mice, and human cell lines to reproduce and form dentin, enamel and cementum in culture. MacDougall is working now with “tooth farms”–various types of tooth cells growing in culture to study what mechanisms control certain tooth-related genes. Whole-tooth tissue cultures have been grown in the lab for mice, she said.

Another goal is to be able to regenerate or repair structures such as the periodontal ligament, which holds the teeth’s hard tissue to the bone surface, and which is destroyed in periodontal (gum) disease. Other applications would be growing soft pulp to replace damaged pulp in a tooth’s root to help avoid a root canal–the removal of the tooth’s root entirely.

“We hope that our work holds the beginnings here of the next generation of dental implants–the replacement of teeth by regenerated (ones)–in one’s own body, or in a dish from another’s cells,” said MacDougall. Even if teeth can be grown first from others’ cells, she does not expect that the body will reject such a “donation,” as foreign implanted teeth and tooth tissue do not raise immune reactions, as do foreign organs.

In the shorter term, MacDougall’s team is investigating which genes may be involved with the development of gum disease, which affects most adults over age 40, and leads to tooth loss.

Other genes that govern certain tooth diseases have been discovered through family studies which might also be amenable to correction via gene therapy. One such disease is dentin dysplasia, or improper formation of the inner core of a tooth. Clinical trials could begin as soon as in 2 to 5 years for this and for tooth regeneration, MacDougall noted.

PrevPreviousDental offices go virtual
NextSpace and dentistry will be thereNext