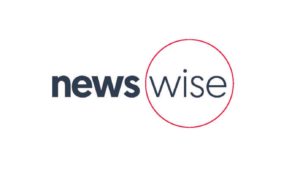 Newswise — Baby and wisdom teeth, along with jawbone and periodontal ligament, are non-controversial sources of stem cells that could be “banked” for future health needs, according to a National Institutes of Health researcher who spoke today at the American Dental Association’s national media conference.

Harvested from the pulp layer inside the teeth, jawbone and periodontal ligament, these stem cells may one day correct periodontal defects and cleft palate, and may help restore nerve cells lost in diseases such as Parkinson’s, according to Pamela Gehron Robey, Ph.D., Chief, Craniofacial and Skeletal Diseases Branch, National Institute of Dental and Craniofacial Research of the National Institutes of Health, Department of Health and Human Services.

The stem cells have the potential to save injured teeth and grow jawbone. Regenerating an entire tooth is on the horizon, and years from now, Dr. Robey said stem cells from teeth and jawbone might be used to correct cleft palate, one of the most common birth defects, sparing children multiple surgeries.

“As long as a cell has a nucleus, anything is possible,” Dr. Robey states.

In time, individuals may be able to bank their own stem cells from baby and wisdom teeth, similar to the way umbilical cord blood is stored. At present, commercial facilities to store stem cells from teeth are not available.

According to Dr. Robey, the viability of stem cells derived from baby teeth is determined by when the tooth comes out. The longer a loose tooth is left in the mouth to fall out on its own, the less viable it is as a source of stem cells.

As research in the field progresses, Dr. Robey hopes that stem cells from baby and wisdom teeth may one day restore nerve cells damaged by diseases such as Parkinson’s Disease, one of the most common neurological disorders affecting the elderly.

“The stem cells from jawbone and teeth share a common origin with nerve tissue,” Dr. Robey points out. “With the proper cues, researchers may be able to encourage them to form nerve-like tissue which may restore cells that make dopamine, but much more work is needed.” Dopamine is a brain chemical that nerve cells need to properly function.

To extract the stem cells from teeth, researchers can remove the periodontal ligament, drill into the tooth to remove the crown and then extract the pulp which is placed in an enzyme solution to release the stem cells. From jawbone, cells can be isolated by collecting marrow following a tooth extraction, for example, or by biopsy.

Implanting Stem Cells From Teeth In Humans
Dr. Robey outlined three approaches presently being investigated by different laboratories to implant stem cells from teeth in humans:
• Place the stem cells into a mold of a tooth crown made of an enamel-like substance along with “scaffold” material. Loop blood vessels through this “construct” and implant it elsewhere in the body until it matures. Then, extract it and implant it in the mouth. For instance, researchers have already been able to use bone marrow to grow the jaw bone of a man in his shoulder blade until it was mature, then they extracted it and attached it to his jaw.

• Harvest a wisdom tooth, release the stem cells from the dental pulp then implant the cells directly into a severely injured tooth. For example, if teeth are seriously injured in a car accident, usually root canals are needed and the teeth die. Instead, using stem cells, the goal is to regenerate the pulp inside the teeth. “It would be like bringing the teeth back to life, sparing them root canals,” Dr. Robey said.

• Lastly, if no tooth is present (whether by accident, severe dental disease, or a genetic condition such as cleft palate) researchers can take stem cells from unerupted wisdom teeth, organize them into appropriate three-dimensional structures, and give them the proper “cues” before putting them back into the socket where the tooth would be, like planting a seed in a garden and waiting for a plant—in this case a tooth—to grow.

Dr. Robey cautions that it may be years before research in the field reaches the point where it would be practical for people to start banking their teeth for stem cells.

But, she adds, “When you think about it, the teeth children put under their pillows may end up being worth much more than the tooth fairy’s going rate. Plus, if you still have your wisdom teeth, it’s nice to know you’re walking around with your own source of stem cells.”

The not-for-profit ADA is the nation’s largest dental association, representing more than 152,000 members. The premier source of oral health information, the ADA has advocated for the public’s health and promoted the art and science of dentistry since 1859. The ADA’s state-of-the-art research facilities develop and test dental products and materials that have advanced the practice of dentistry and made the patient experience more positive. The ADA Seal of Acceptance long has been a valuable and respected guide to consumer and professional products. For more information about the ADA, visit the Association’s Web site at http://www.ada.org/