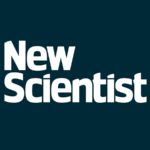 'Robotic' dental drill to be tested on humans 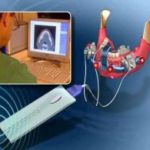 A “robotic” dentist’s drill is to be tested on humans in Europe and the US, and could represent the first step towards more automated dental procedures.

The drill, developed by Tactile Technologies, based in Rehovot, Israel, is designed to take the complexity out of dental implant work. It could make operations cheaper, quicker and less painful for patients, its developers claim.

A dental implant is a small metal pin fixed into the jaw to mimic a tooth’s root. It is used to anchor replacement teeth and bridges and installing one normally involves complicated and lengthy surgery.

Tactile Technologies has already tested parts of the system on animals and recently received approval from the US Food and Drug Administration to begin trials on humans.

Press of a button

Firstly, a frame is clamped onto a patient’s jaw and very thin needles penetrate the gum to determine the location of the bone. This data is wirelessly transmitted to a PC, which combines it with CT scan data to configure a set of drill guides. The guides are then attached to the frame and finally the dentist presses a button to start the drilling in the precise location required.

And he says this could be just the first step towards more automated dentistry. “In the future maybe something will actually drill for the dentist too,” he told New Scientist.

“It sounds like quite a good idea,” says Kevin Seymour, a dental expert at Queen Mary’s School of Medicine and Dentistry in London, UK. The information provided by the probing needles could be very useful, he says, but this might also have a long term impact on the gums: “This soft tissue around an implant is important to its success.”

Tactile Technologies plans to begin trials of the system at several unnamed hospitals in Europe and the US in summer 2005. The entire system is forecast to cost about $1000.