NEW YORK (Reuters Health) – New study findings suggest that yogurt may be another weapon in the battle against bad breath. 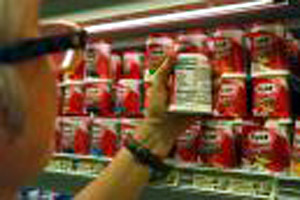 He and his colleagues found that study participants who consumed 90 grams of yogurt twice a day for six weeks tended to have lower levels of hydrogen sulfide and other volatile sulfide compounds that contribute to bad breath.

They presented their findings during the 83rd General Session of the International Association for Dental Research held last week in Baltimore.

Previous studies have also pointed to the benefits of regular yogurt consumption. One report found that women who ate yogurt at least three times a week were less likely to have recently developed a urinary tract infection than women who ate such probiotic bacteria-containing foods less than once a week.

Other studies have found that yogurt plays a role in the prevention and management of bowel disease and other gastrointestinal conditions. Furthermore, another study showed that people who eat yogurt regularly may have a lower risk of cavities.

During the first two weeks of Hojo’s study, the 24 participants were told to maintain a diet free of yogurt as well as cheese, pickled vegetables and any other products that might contain streptococci and lactobacilli.

The participants then consumed sugar-free yogurt fermented with streptococci and lactobacilli twice daily — between breakfast and lunch and between lunch and dinner — for six weeks. Afterwards, the investigators analyzed samples collected from the study participants’ saliva and tongue.

They found that most (80 percent) of the study participants identified as having halitosis had lower levels of volatile sulfide compounds after eating yogurt every day compared with the earlier two-week period when they did not eat any yogurt.

These study participants also had significantly less plaque and gingivitis as a result of their eating yogurt, according to Hojo and his team.

These findings suggest that yogurt intake may reduce the components leading to halitosis and harmful bacteria, they report.

Whether the grocery-store variety of sugar-free yogurt would be just as beneficial, however, remains to be seen. “I do not know that any sugar-free plain-flavored yogurt (would) have the same effect,” Hojo said.

Hojo and his team also have not yet determined how or why yogurt consumption had such an effect on halitosis. “In the future,” he said, “I will focus on the mechanism of that effect.”